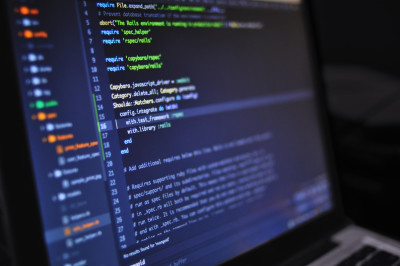 My name is Jasper Veltman, and from the start of this academic year I am a teacher in the department of theoretical computer science here at the VU. Econometrics students will most likely know me as the teacher of the course Introduction to Programming.

When I was asked to write an article for the SECTOR, I had to come up with a topic to write about. I looked at examples of articles written by other teachers in earlier years, but these articles were all written in an interview style and mainly talked about past experiences in teaching or research. Since I officially work as a teacher for only a few months now, I don’t have many experiences to talk about yet. Therefore, I decided to write a story instead. This story is about my first time teaching a course. Second year econometrics students might have noticed that I taught the course Introduction to Programming in the previous academic year, which might seem strange after reading the first sentence of this article.

During my study I have worked as a teaching assistant for a variety of courses. One of these courses was the course Programming for Economists in June 2018. That course concludes with a digital exam, during which the teaching assistants have to be present to resolve problems and to make sure that students don’t cheat. This is a boring task. You can’t talk with your colleagues, because that would disturb the students. One of my tasks during that course was to manage the digital exam environment and to communicate with the IT department to make sure that everything is setup correctly during the exam. This meant that I had to be present at 08:00 to receive the person from the IT department and then watch students until 13:00. During the exam, Matty Huntjens — who was the teacher for the course Programming for Economists, as well as the course Introduction to Programming — asked me if he could speak to me. That was good news for me in and of itself, because it is a lot more interesting than watching students staring at computer screens.

Besides, how often does an opportunity like this come up?

I expected that Matty wanted to discuss how the exam was going, but instead he asked me if I would be interested in teaching the course Introduction to Programming in the next academic year. Now this was not something that I expected that would happen. I am not someone who usually gets nervous when talking to large audiences and I like to explain things, so of course I said yes. Besides, how often does an opportunity like this come up?

During the summer vacation I had to prepare the course. Matty gave me some of his lecture notes and an estimate of how many lectures he spent on each topic in those notes. Now I had to prepare my lectures, which was not an easy task. There has to be a constant narrative going throughout the lectures. What is told in the beginning of the course can be used later on in the course. That way you are building a pyramid, starting at the bottom with the goal of eventually reaching the top. Lectures should also be interesting to watch. A lot of presentations seem really stiff to me (“houterig” in Dutch), and I didn’t want to create that feeling at all. Students who have been in one of Matty’s courses know that Matty doesn’t use slides. I wanted to use a combination of slides and the blackboard, so I also had to start creating slides. Since I had seven weeks of summer vacation left, and the course has fourteen weeks of lectures, my goal was to prepare two weeks worth of lectures per week of summer vacation. This turned out to be a tough goal. In the first few weeks, I spent quite some time on figuring out the best way to structure the slides. The slides can’t change during a lecture, which means that I had to know beforehand what I was going to say and in what order. Then I had to compact that information into the slides. I wanted the slides to be a helpful guide for students during the course, therefore I tried to make the slides look nice and easy to search through.

My goal was to prepare two weeks worth of lectures per week of summer vacation.

A large part of my summer vacation was spent on making these slides, and I tried to work on them every day. The reason that I could do that is because it started to become enjoyable once I got the hang of it. At the end of the summer vacation I had prepared most of the lectures (at this point in time, if someone would have shown me one of the slides, I could’ve said exactly what would be on the next slide). This was around the time that people could enroll in the course. I was expecting approximately 280 students and I had to find teaching assistants to accommodate those students. Because I had been a teaching assistant myself, I could ask many of my colleagues. The number of students kept growing, however. It grew past the point where the teaching assistants that I knew would be enough to handle that number of students. At the same time, another issue started arising, namely that the course was starting in less than a week. At this point I started asking myself if putting myself in this situation maybe wasn’t the greatest idea. I tried practicing the lectures at home, but that didn’t work out at all. I got worried that I wouldn’t be able to make bridges from one topic to another. I went to the VU at the Wednesday before the first week of lectures, and ran into Judith — one of the teaching assistants for the course, and one of my former colleagues. I asked Judith if she wanted to watch while I practiced the first lecture. She did, and then I did the first 45 minutes of the first lecture in a lecture hall with one person in the audience. I thought it went surprisingly well, and luckily Judith confirmed that. That took away a lot of my worries. The only issue left was finding teaching assistants to accommodate the, by then, 380 students enrolled in the course.

I liked the whole process of preparing lectures and (especially) lecturing so much that I decided to apply for the position of teacher.

Monday 3 September was the first day of period 1 and also the first day on which I had to do a lecture, which would start at 15:30. I needed three more teaching assistants, preferably four. I don’t remember being specifically very nervous. It was similar to an exam, at a certain point you know that you have done enough preparation and you just want to do it so you don’t have to wait for it anymore. The rest of this day I remember quite clearly. I had removed the slide with the names of the teaching assistants (since it was incomplete), and I had gone to the secretary office to get an eraser and some chalk, in case there wouldn’t be any in the lecture hall. When I walked into the lecture hall it was quite crowded already. Matty had coincidentally just finished his lecture. I erased what was on the blackboards, and then Matty told me how to use the microphone, how to turn the lights on and off, and he told me to tell the students to move to fill all the seats, so there would be as little students standing as possible (the lecture hall had fewer seats than the number of students enrolled in the course), and then he left. I started the lecture with the phrase “Welcome, to the first lecture of the course Introduction to Programming” and then just went from there. In my mind that first lecture went well. I do remember that I barely walked around during that lecture, in contrast to my current lectures, in which I walk around quite a bit.

And that is the story behind my first time teaching a course. I liked the whole process of preparing lectures and (especially) lecturing so much that I decided to apply for the position of teacher. Obviously, I got that position, which is why I am teaching the course for the second time this year. I am happy with how the course went last year, so I barely changed the setup or the lectures this year (although I did start looking for teaching assistant a lot earlier this time).

Coming up:
The Caseday is the biggest formal event of Kraket where members have the chance to meet companies in the field of econometrics, operations research and data science. Each company prepares a presentation and an interactive case to give students the opportunity to get to know the company. Did you miss the event and want to know what it was all about? You can read it all November 25th!

After this: Ruben Schel will tell you all about combining a demanding study (EOR) with a professional sport, high level speed skating.

Keep an eye on the SECTOR page for new articles!