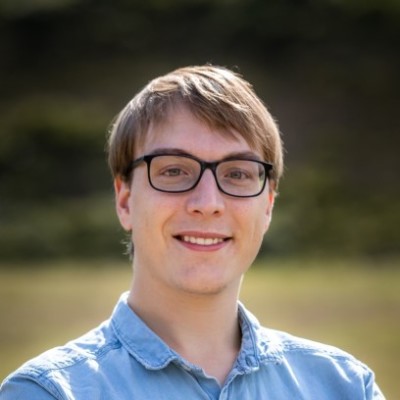 In 2019, Meindert Heres Hoogerkamp graduated in econometrics. Currently, he is data scientist at the Ministry of Education and external PhD candidate at the VU.

Political science and econometrics… a strange combination? On birthday parties and other social gatherings people often give me a confusing looks when I tell that I graduated in both. They think that in one endless chit-chat prevails, whereas in the other disputes are settled with tables and figures alone. Personally, I think the two are not conflicting at all, but complementary instead. Below I will explain why I am glad that I got to learn in two (at least superficially) very different environments. My name is Meindert Heres Hoogerkamp. I am a scientific researcher and data scientist at the Ministry of Education, and external PhD candidate supervised by dr. Blasques and prof. dr. Koopman.

In high school I did well in the STEM courses, thinking I would become a theoretical physicist or astronomer. But when puberty kicked in, I developed a sense of the social world, and I started to question concepts such as morality, justice, fairness, and authority. The school’s debating society did help me to sharpen my reasoning skills, but it also turned me in a pesky teenager with a large mouth. I wanted to find out what makes societies tick.

I decided to abandon the beta sciences to study political science in Leiden, where I did courses on law, philosophy, economics, psychology, public administration, history and sociology. It was exactly what I was craving for as it helped me to make sense of my surroundings. After a few years, I gradually transitioned back to the ´hard´ sciences: first a minor in public economics, then a master in political economy, a premaster in econometrics, and finally the VU master in econometrics, with a specialization in quantitative economics. I explored this route step-by-step, with no predetermined end goal. But in hindsight it does make sense. Let me explain why.

First, political science and econom(etr)ics are not disconnected at all. They actually share a lot of concepts. For a long time, rational agent theory was the dominant paradigm in both fields. The homo economicus not only brings its expenditures in accordance with its preferences, but also casts its vote to maximize self-interest. Nowadays, a lot of researchers are influenced by behavioral insights: people tend not to be strictly rational in many economic as well as political markets. The fields are not just tangent to each other, but actually share substantial overlap. And I positioned myself right at the intersection so I could borrow and combine ideas from both sides.

It is no surprise that many Nobel Memorial Prize laureates are as influential in political sciences as they are esteemed in economics: Elinor Ostrom, Friedrich Hayek, James M. Buchanan, Joseph Stiglitz, Milton Friedman, Amartya Sen, Kenneth Arrow, Paul Krugman, and so on. I hope that Daron Acemoglu wins someday as well, best known for his book Why Nations Fail, in which he explains that economic and political freedoms are basically two sides of the same coin. A highly recommended read!

Moreover, I think that the combination is more valuable than the sum of the parts. At the Ministry, I am a social scientist that can use tables and figures two buttress my analysis. But I also am a data scientist with well-tuned political antennas. In a small team, we are responsible for forecasting student numbers in all sectors of the Dutch education system, input to the 40 billion euro education budget. Even minor modeling choices have large economic consequences, which we need to anticipate and carefully weigh.

I suppose that most combinations of two fields of study generates some kind of ´synergy´, and choosing econometrics is almost always a good idea. A medical professional could benefit from careful study design and hypothesis testing, a sports scientists from modern data analytics, an earth scientist from large scale data engineering, etc. I combined my passion for political and social systems with the hard skills that are valuable on the job market.

The last reason why I studied at two different faculties is strictly personal. I spent seven years in libraries, lecture halls and exam rooms, and I enjoyed (almost) every bit of it. In no way I wanted to rush through university. I felt inspired by the teachers and course materials. And there is still a lot to learn, so I am privileged that my employer invests in my development.

In my PhD I will take up some complex challenges. Currently, I am reviewing the student forecast model. Hopefully, my endeavor will lead to interesting and useful findings that will improve the public service at the Ministry the Education. I am committed to enabling quality education to every person in the Netherlands. Happy lifelong learning!

The answer of last weeks puzzle by MIcompany is: 104 cakes!