One International Student’s First Year in Econometrics at the VU 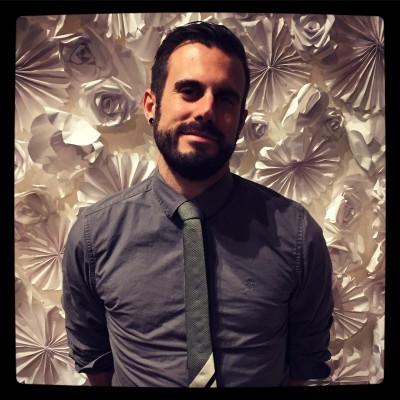 Unlike most first-year international students, this isn’t my first rodeo:

This isn’t my first time at uni, as the VU is in fact the sixth school of higher education I’ve been enrolled in. This isn’t my first time moving to a foreign country or living in The Netherlands, as I studied Music Composition at Het Koninklijk Conservatorium in Den Haag back in 2006-07. This isn’t my first exposure to the Dutch language, as I’ve been working on it remotely for some thirteen years now. And hell, this isn’t even my first time spending large amounts of my day-to- day life with students half my current age of thirty-eight, seeing as my previous twelve-year career was as a teacher, having taught hundreds of students one-on-one over that period.

Furthermore, I have a feeling that like many students, this first year here has generally been one of constant adaptation, as there have been numerous new challenges to overcome, including not only the obvious bookending hurtles of moving to Amsterdam itself and then navigating a world under Corona, but also things like being so busy with our difficult program that it’s hard to find the time to build friendships, learning how to adjust to an academic system that quite honestly is way more brutal than that which I’ve come to feel quite comfortable with in the States, and of course, coming to terms with what it means to be a nearly forty-year-old man rebooting his career and life across an ocean, even if I am lucky enough to get to do so in my favorite country on Earth.

The Netherlands has long felt like a second home to me.

Fortunately, I haven’t really been taxed with adjusting to many of the other issues first-year international students have to contend with, as The Netherlands has long felt like a second home to me. Though my Dutch is far from perfect, going to Kraket events and staying in Dutch pretty much the whole time is a fun challenge for me, rather than being the gatekeeping barrier I know it often can be for the non-Dutch-speakers amongst our colleagues. On the other hand, as a native English speaker (being American), I benefit from not having an additional degree of separation between my understanding of an English-heavy textbook/course (like Macroeconomics or Finance), which for students, international and Dutch alike, who were braver than me in choosing a program in a language other than their mother-tongue, only makes that class all the more of a hurtle to overcome. Lastly, I’m also old enough to have had plenty of time to have found myself, formed lifelong friendships I can turn to in times of need, learned what I’m looking for in a romantic partner, learned my own balance in drinking/partying, and gotten anything else out of my system so as to (mostly) not have any of these formative and important steps in my life distract me from my primary goal of one day earning a career in this exciting field of Econometrics and Data Science.

I was scared enough that I went back to school at my local university to shake the rust off my math and economics skills.

So, is it everything I expected? On a personal level, would I do anything differently? If I could change anything about the VU and/or the Econometrics program, what would be at the top of that list?

As far as expectations are concerned, I would say I was fortunate enough to have two friends back home who got degrees in high-level statistics and/or economics warn me about what I was getting myself into, and as such, I was scared enough that I went back to school at my local university to shake the rust off my math and economics skills. If I hadn’t done this, I know for a fact this year would have been a much harder reality-check than the program already is, so I’m very grateful for those warnings. One thing I wasn’t prepared for was how severely different the academic system works here: considering everything from only having a maximum of two exams per class and few-to-no bonus questions and/or opportunities to bolster your grade, to a lack of weekly graded assignments to help students stay on-track and classes that are WAY too large to consistently get questions answered during lectures, there was a lot of adjustment for me. And then, just as I was getting the hang of this new system, spending ten-plus-hour days at school between lectures and diligent study in the library, the lockdown kicked in and not only threw off all of that momentum, but also sent me into a depression causing me to fall way behind in my courses, which wasn’t helped by the fact that the teachers, well-intentioned as they were, generally weren’t equipped to translate their teaching to an online environment.

How about my behavior? Would I do anything differently? The obvious solution to my primary issues during the lockdown would be to have somehow handled it better psychologically and to have managed to stay on track, but that’s much easier said than done. On that front, I’m just glad study spots are once again available at school, as this has made it much easier to get back on track and stay focused. Apart from this, though I did eventually find my rhythm at school (and along with it some much needed work/life balance), in retrospect I wish I had started prioritizing going out of town every weekend on my little day-trips to smaller Dutch towns (seriously one of my absolute favorite things to do), as this greatly recharges my batteries and acts as a reminder of what all the hard studying really is for in the end: so I can stay in this amazing country indefinitely and build a new life here. Similarly, I wish I had made more opportunities to speak Dutch conversationally, though admittedly my brain was often so fried immediately after three classes of abstract mathematics that I could barely think in English, let alone my second language.

And finally, how about the school: what would I suggest as possible changes to the program? I have many suggestions, both major and minor, and enough of them to justify an entirely new article for SECTOR, but some big items would be things like offering an optional pre-first-year (much like pre-master’s for a number of specific master’s programs) where students could opt to lengthen their studies upfront so as to have a whole year’s worth of transitional classes into our

super abstract (and not super intuitive) first-year courses. I’m sure a number of the parents of these international students paying large amounts of money to move their son or daughter across the globe only to see them struggle through the first year (despite being quite smart) would’ve gladly invested in another year’s worth of studies to better insure that this official first year wasn’t a total waste of time/money and an unnecessary blow to their child’s confidence.

Furthermore, from a teacher’s perspective (and from someone that has been accepted into the Honour’s Programme and certainly isn’t trying to make excuses), though I in no way doubt our faculty members’ thorough knowledge or their respective fields, there’s a HUGE difference between being an expert in your field and being an expert at teaching what you know. For every student who flies through the program with relative ease, there are twenty more who are struggling to stay afloat, and it’s not necessarily because they’re not cut out for this material (which seems to be this institution’s default stance). It’s things like offering way more graphs/ visualizations/real-world examples of otherwise abstract ideas, having smaller classrooms with more interaction, and clearing up ahead-of-time a wide variety of inconsistent, counterintuitive, and often unnecessarily confusing mathematical notations from course-to-course. All of these things could go a long way to bringing the best out of these clearly very bright students rather than punishing them for not adapting quickly enough. Even the “easy”, less-abstract classes like Macroeconomics and Finance have plenty of room to grow from a pedagogical perspective.

In general, I would encourage teachers to actively engage with the whole body of students much more, not just the inclined-to-engage-on-their-own types that always come up to ask questions after class. Ask your students (outside of class) what they’re struggling with, encourage one-on- one discussion, and try to be as empathetic as possible with what it must feel like to be a bright (but perhaps not genius-level) student who is encountering this material for the first time and is drowning in a level of abstraction that we as teachers long ago became accustomed to.

I am super grateful for the opportunities the VU, its Econometrics program, the faculty, and The Netherlands in general have given me to reboot my life as an adult and embark on this journey here in this fantastic country I’ve long dreamt about.

In conclusion, despite my atypical nature as an older first-year student for whom many of the challenges of being a recent expat don’t apply, my old mentality as a teacher and mentor still lives on, and as such, I hope that some of my thoughts, experiences, and suggestions could be a point of encouragement not only for other students adapting to this new challenging world they’ve taken on this year, but perhaps also as a point of inspiration to nudge some teachers/ administrators in the direction of making this an even more robust educational experience. Just as much as I have a personal responsibility to adapt to my newly chosen culture and scholastic system, sometimes it takes a fresh set of eyes from an outsider like me (especially one with years of teaching experience) to help shake things up. I’ve made it a point to get to know a number of my fellow student colleagues at the VU and to hear about their often-unvoiced struggles, and I know I’m not alone. Ending on a positive note, I am super grateful for the opportunities the VU, its Econometrics program, the faculty, and The Netherlands in general have given me to reboot my life as an adult and embark on this journey here in this fantastic country I’ve long dreamt about. I’m excited for what the future holds, and look forward to sharing it with all of you.